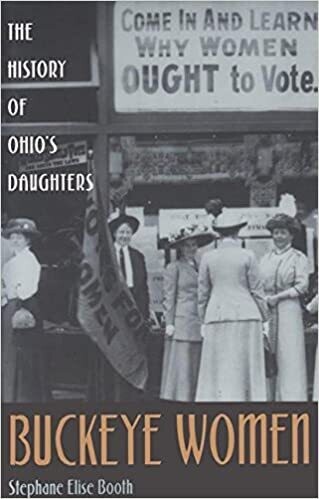 "By the last two decades of the twentieth century, Ohio women had held positions as university presidents, chief executive officers, judges, superintendents of schools, and lieutenant governor. They had won Pulitzer Prizes and, in one case, the Nobel Prize for Literature.

But these women stood on the shoulders of those who came before: the pioneering women who helped tame the Ohio frontier, who filled the breach, who worked for reform, and who struggled for their own rights as citizens of one of the most prosperous states in the Union.

Buckeye Women is an accessible and comprehensive account of the role Ohio women have assumed in the history of the state and a narrative of their hardships and of the victories that have been won in the past two hundred years.

In this timely contribution to the Ohio Bicentennial Series, Professor Stephane Booth has written a rich and well-researched volume, providing for the first time a record of the vast and pivotal accomplishments shared by the women of Ohio over the last two centuries and documenting their contribution to the state’s remarkable heritage."