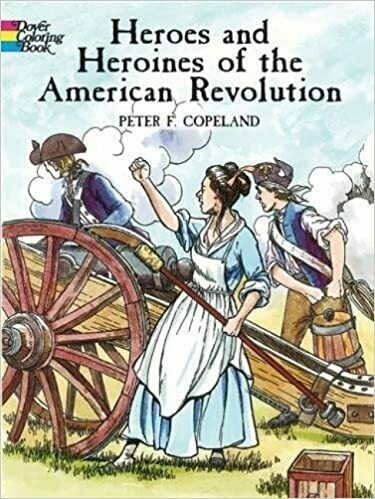 Heroes and Heroines of the American Revolution

"The American Revolution ended to centuries of British rule over most of the North American colonies and led to the creation of the United States of America. Military leaders, statesmen, and ordinary people played important roles in this momentous victory. Artist Pete Copeland provides dramatic, ready-to-color illustrations of 44 of these men and women, among them:

- Nathan Hale, an American spy captured and executed by the British

- Margaret Corbin, who followed her husband to the battlefront and took his place as gunner when he was killed

- Col. Francis Marion, the "Swamp Fox", who resorted to guerrilla warfare in the forests and swamps of South Carolina to regain the initiative against superior British forces