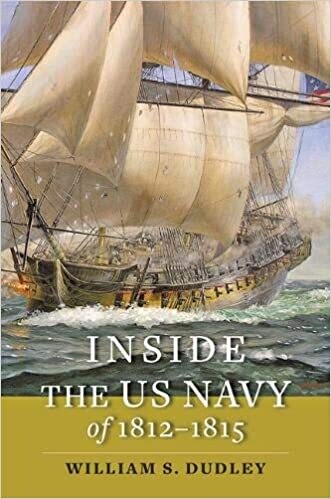 "What did it take―logistically and operationally―for the small and underfunded US Navy to face the battle-hardened Royal Navy in the War of 1812? Find out in this book, the magnum opus of one of the deans of American naval history.

When the War of 1812 broke out, the newly formed and cash-strapped United States faced Great Britain, the world's foremost sea power, with a navy that had largely fallen into disrepair and neglect. In this riveting book, William S. Dudley presents the most complete history of the inner workings of the US Navy Department during the conflict, which lasted until 1815. What did it take, he asks, for the US Navy to build, fit-out, man, provision, and send fighting ships to sea for extended periods of time during the War of 1812?

When the British blockade of 1813–14 severely constrained American sea trade, reducing the government's income and closing down access to American seaports, the navy was forced to innovate: to make improvements through reforms, to redeploy personnel, and to strengthen its industrial capacity. Highlighting matters of supply, construction, recruitment, discipline, medical care, shipbuilding, and innovation, Dudley helps readers understand the navy's successes and failures in the war and beyond. He also presents the logistics of the war in relation to fleet actions on the lakes and selected ship actions on the oceans, stresses the importance of administration in warfighting, and shows how reforms and innovations in those areas led to a stronger, more efficient navy.

Refuting the idea that the United States "won" the war, Dudley argues that the conflict was at best a stalemate. Drawing on twenty-five years of archival research around the world, Inside the US Navy of 1812–1815 will leave readers with a better appreciation of how the navy contributed strategic value to the nation's survival in the conflict and assisted in bringing the war to an honorable end. This book will appeal to scholars and students of naval and military history, veterans, current officers, and maritime-oriented history buffs."