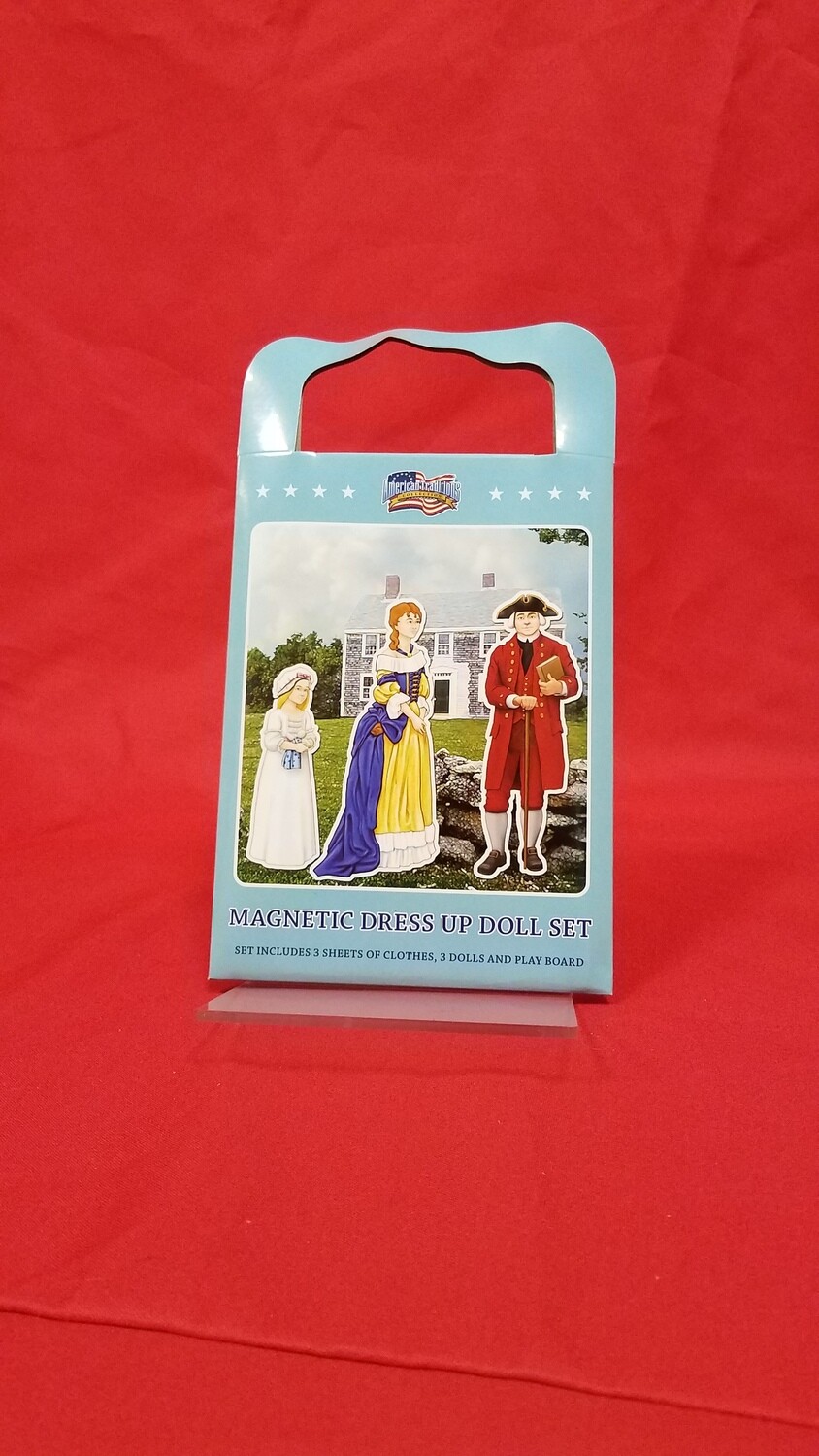 From the back of the package:

"In Colonial America during the American Revolutionary War (1775-1783), clothing was characterized by great diversity, as one would expect in a society ranging from royal governors and wealthy landowners to indentured servants and slaves. You could tell immediately a person's social status. The upper-class kept abreast of the latest English fashions through imported garments, letters from England, news from travelers and immigrating dressmakers or tailors. Surviving garments, portraits, and written records indicate that the affluent had occasion to dress up, and they were very elegant indeed.

The majority of average people dressed as plainly as possible, wearing domestic materials and saving whenever possible. Most of the clothing was sewn at home by hand. People only had two or three sets of clothing and they only bathed a few times a year. Women wore long dresses covered with an apron. They also wore mob caps which were pleated cloth bonnets with a ruffled brim. Young girls wore the same style of clothing as the women. Men wore breeches, stockings, a cotton shirt, a vest, and a tricorn hat. They also wore leather shoes. Boys wore the same style of clothing as the men.

Our well-to-do Colonial family, Robert, Anne, and their daughter Sarah, aged nine, is shown wearing the clothing of the mid to late 18th century.

For an undergarment, Anna and Sarah are both wearing a chemise. The loose-fitting shift is made of white linen. Robert's shirt is an all-purpose undergarment. Then shirt is wide, full, and long, reaching to the middle of his thighs. Shirts were also worn for sleeping. Linen was the standard fabric for men's shirts. For day wear, a silk taffeta gown with ruffled petticoat is a striking option for Anne.

Anne's choice for an elegant evening is a traditional satin gown with silk stomacher and matching petticoat. Her hair is a bouffant style and elaborately coiffed. A lovely fan completes her ensemble. For an afternoon in the garden Anne dons a colorful but casual gown. Sarah settles inside with her doll.

As a Patriot of the Revolutionary War, Robert carries his flintlock rifle. As a gentleman, Robert's outfit features a coat over a waistcoat, knee britches and stockings, a tricorn hat, and walking stick. Sarah wears casual outfits for out of doors."