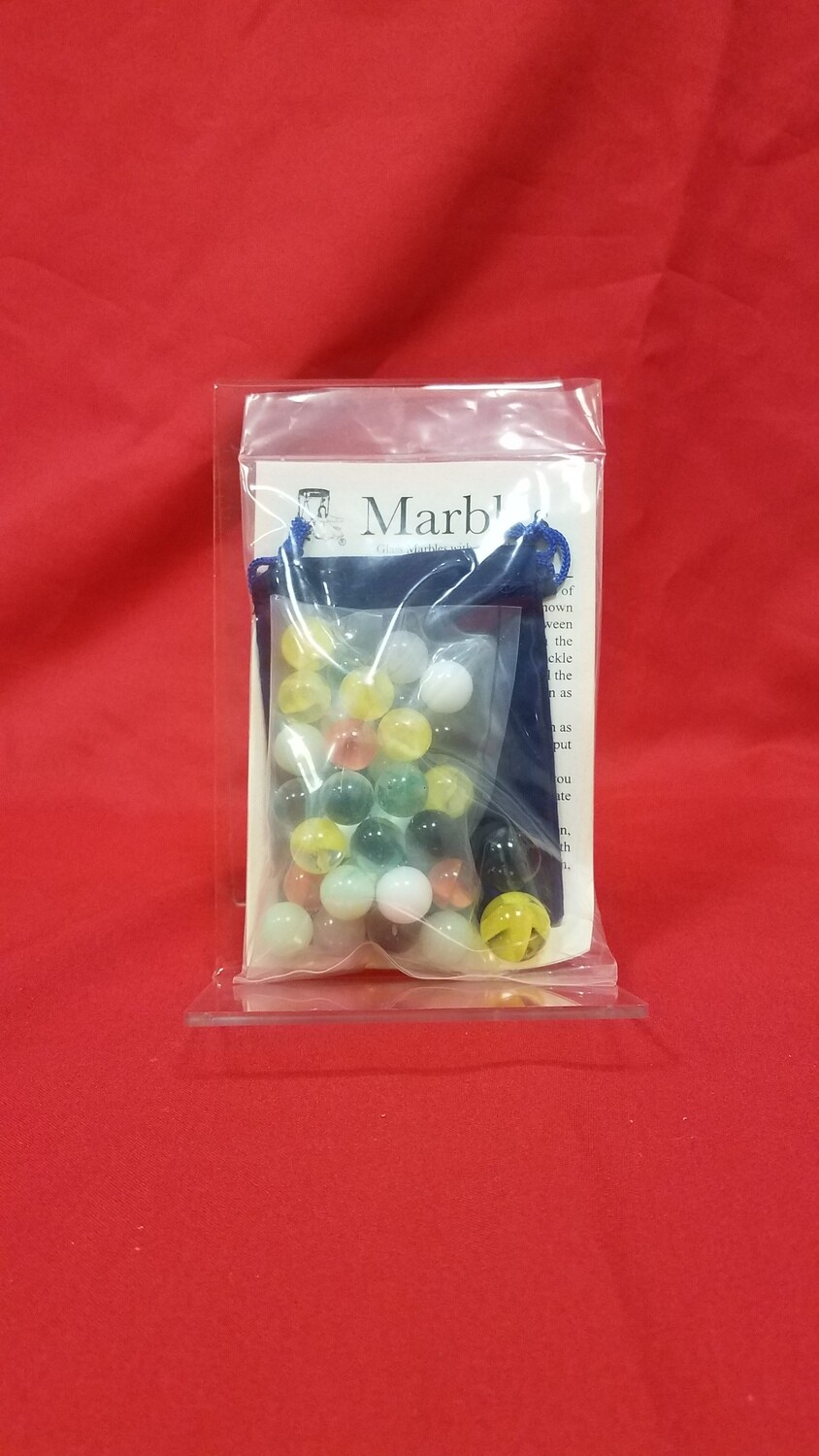 From the back of the insert:

Marble history dates back to at least 3,000 years ago in ancient Egypt and Rome. The oldest marbles found so far were buried with an Egyptian child in Nagada. Marbles have also been found in ancient Native American earthen mounds in North America. During the reign of Elizabeth I, tradition has it that a game of smarbles was played to with the hand of a maiden.

The word "marble" was nor used to represent the round toy ball made from various stones until 1694 in England. During this time marble stone imported from Germany was used for the toy. Before 1694, the English had adopted the Dutch word "knikkers" for marbles. The term "knikker" was used by New York City children well into the 19th century.

The earliest marbles were made of flint, stone, and baked clay. For centuries afterward, marbles, were made of stone and sometimes real marble. Around 1800, china and crockery marbles were introduced. A glassblower invented a tool called the "marble scissors" in 1846 that allowed a larger production of glass marbles. Clay marbles began being produced in large quantities around 1870.

During the 1890s, the first machines to manufacture glass marbles were introduced. Martin F. Christensen invented the revolutionary glass marble-making machine in 1902, and his glass marble company produced over a million marbles each month."

- a half-cup of marbles