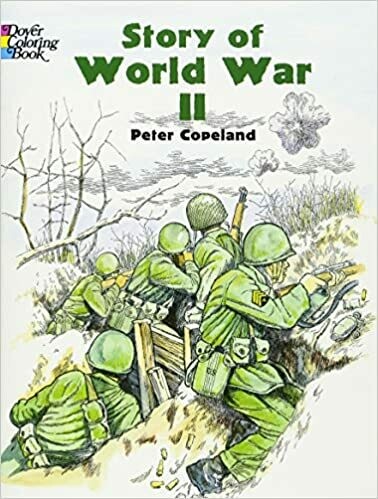 "The greatest and most destructive war in history, World War II involved gigantic struggles not only in Europe, but in Asia, Africa, and islands in the South Pacific as well. Peter Copeland presents a graphic overview of this historic conflict in dramatic portrayals of air, land, and sea battles, and other major events - from the German invasion of Poland in 1939 to the Japanese surrender aboard the USS MIssouri in August 1945.

- Sinking of the German battleship Bismarck

- Battles of Iwo Jima and Okinawa

- Dropping off the atomic bomb over Hiroshima