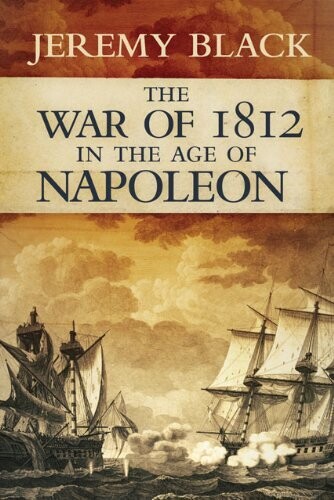 "The War of 1812 is etched into American memory with the burning of the Capitol and the White House by British forces, The Star-Spangled Banner, and the decisive naval battle of New Orleans. Now a respected British military historian offers an international perspective on the conflict to better gauge its significance.

In The War of 1812 in the Age of Napoleon, Jeremy Black provides a dramatic account of the war framed within a wider political and economic context than most American historians have previously considered. In his examination of events both diplomatic and military, Black especially focuses on the actions of the British, for whom the conflict was, he argues, a mere distraction from the Napoleonic War in Europe.

Black describes parallels and contrasts to other military operations throughout the world. He stresses the domestic and international links between politics and military conflict; in particular, he describes how American political unease about a powerful executive and strong army undermined U.S. military efforts. He also offers new insights into the war in the West, amphibious operations, the effects of the British blockade, and how the conflict fit into British global strategy.

For those who think the War of 1812 is a closed book, this volume brims with observations and insights that better situate this “American” war on the international stage."