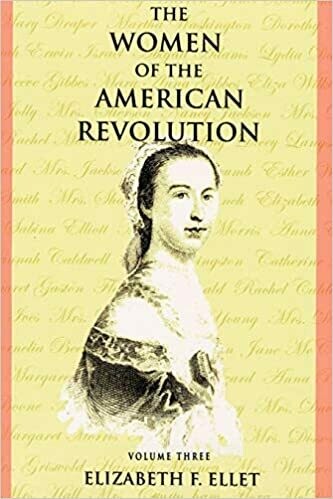 Women of the American Revolution Volume 3

"We have often studied the adventures and exploits of the men who participated in our country's War for Independence. However, as Abigail Adams reminded us in a letter she wrote to her husband John, we should "...remember the ladies." Their contributions were as vital, and in many cases comparable to that of their male counterparts during the struggle for Colonial autonomy.

The years of the American Revolution were times of changing loyalties and internecine rivalries, and the women's perspective provided a fresh view for interpretation of the times. Drawing from a wealth of sources - personal interviews, diaries, letters, and manuscripts - the author probed the details of their personal triumphs and tragedies, and presented them in a popular and engaging style that can still be appreciated and enjoyed by contemporary readers. With her unique perspective, she gave new life to this important period of Colonial history. She not only presented women at the hearth - she followed them to the battlefield and beyond. Read anecdotes of personal bravery, clever escapes, and valiant stands - the efforts of true American women who were heroes in their time These stories are not dry historical accounts, but are meant to be enjoyed and recalled for generations to come."